Strengthening our position among the leading companies in Malta

We deliver value to stakeholders by actively pursuing profitable opportunities, being an employer of choice, forming alliances where necessary and endeavouring to delight our customers with excellence.

It will achieve its mission by:

The Fabric of the Institution

True dialogue and the free exchange of ideas

Excellence in all of its endeavours and those of its members

Sustainable Impact on the environment

The right of intellectual property, knowledge and skills

Promotes acceptance of all people in equality

In pursuit of profitable opportunities, form alliances, whilst endeavouring to delight our customers with excellence in quality, speed, reliability, dependability and value for money. 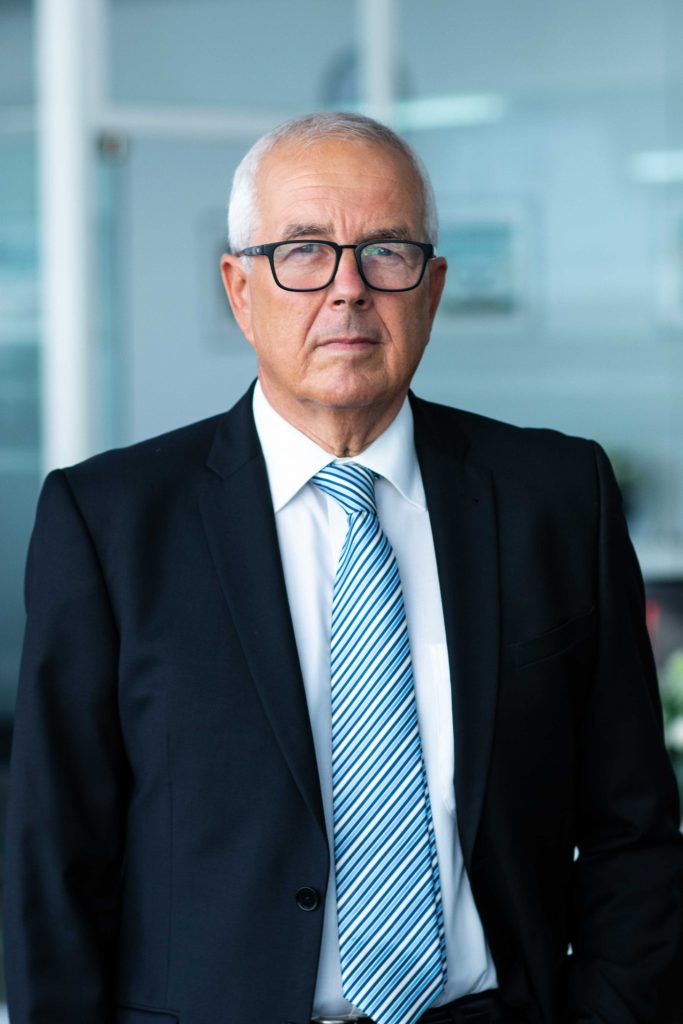 Andrew Manduca was the founder partner in 1980 of a small Maltese accounting firm that that went on to became the member firm of Deloitte in 1989. Between 1994 and 2014 Mr Manduca was appointed by the Government of the day to sit on various Think Tanks whose objective was the further development of Malta as an international financial centre. He retired as Chairman and Senior Partner of Deloitte Malta in December 2015. He is a Certified Public Accountant and a Fellow of the Chartered Association of Certified Accountants (UK). He is a former President of the Malta Institute of Accountants, a former President of the Institute of Financial Services Practitioners and a former member of the Board of Governors of Finance Malta. He was the first President of the Malta Branch of IFA (International Fiscal Association). He is the original author of the IBFD publication on Malta as a Holding Company jurisdiction. Mr Manduca is a director of a credit institution licensed under the Banking Act as well as a director of two licensed insurance companies. The Regulator for  these entities is the Malta Financial Services Authority (MFSA). In 2018 Mr Manduca was appointed non-Executive Chairman of Mizzi Organisation. 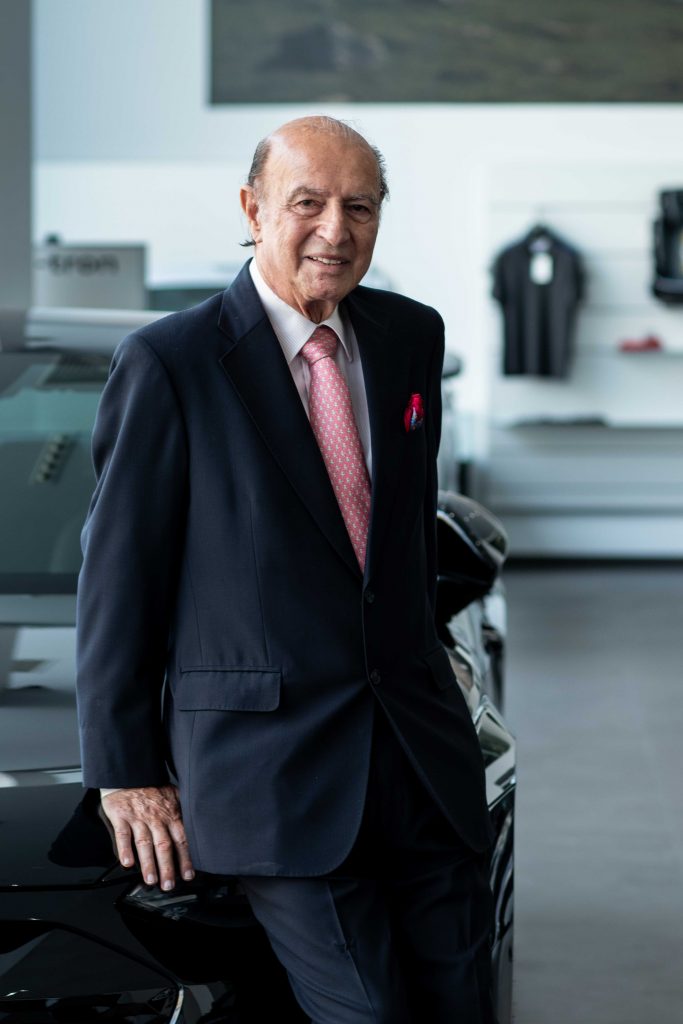 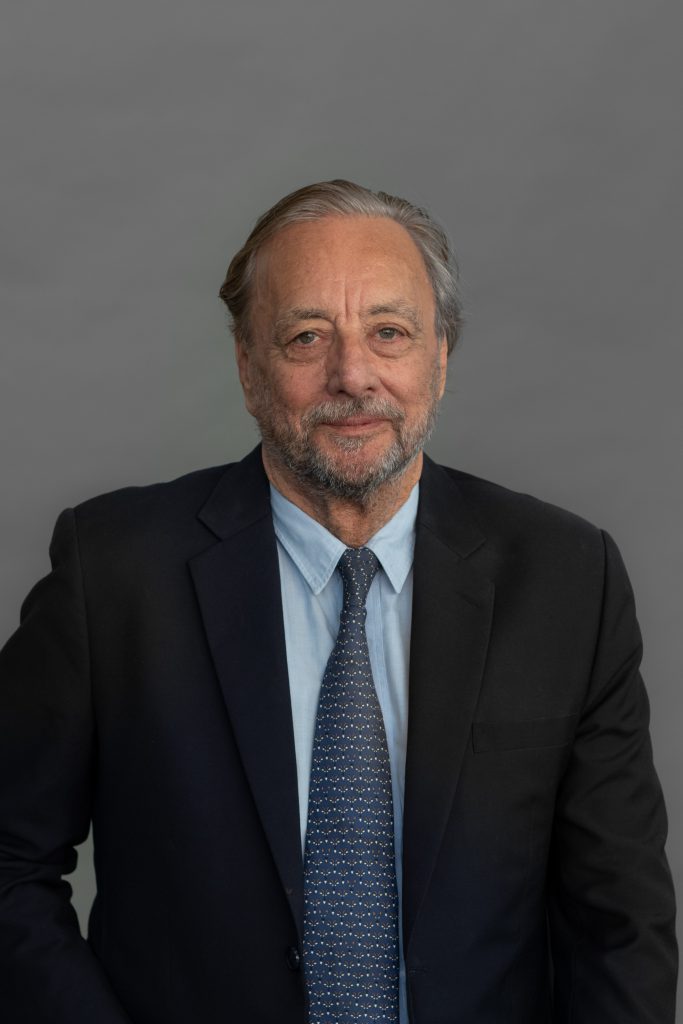 Mr Brian Mizzi was born in 1946 and educated at St. Edward’s College, Malta. He studied in London with the then firm of accountants, Turquand Youngs from 1965 to 1970. Brian Mizzi’s career within the Mizzi Organisation spans over forty years of active service. In 1971, Brian Mizzi returned to Malta from London where he assumed directorships of several Mizzi Organisation companies including GSD, GSDM, IML, and NMS.

He subsequently set up Festa Ltd (now Mizzi Lease) as part of Mizzi Organisation’s venture into the tourism sector. In the late 1990s’, he was assigned the responsibility of developing the Arkadia Commercial Centre. Under his managing directorship the “Arkadia” brand grew into a major fashion and food store retailer, with presence in several prominent destinations in Malta. He has also been actively involved in the beverage sector since the business was acquired by the Mizzi Organisation. 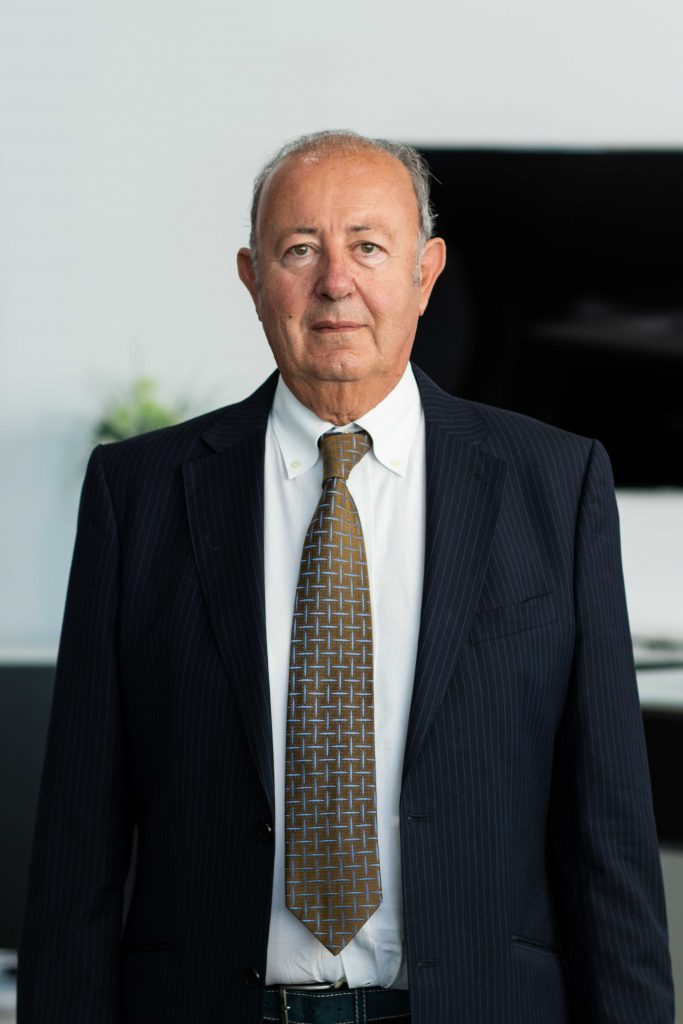 Mr Kenneth Mizzi was born in 1948 and is a qualified Chartered Accountant. After working with Touche Ross (today known as Deloitte) in London, he returned to Malta and joined the Mizzi Organisation in 1971. Over the years he has served as a director on the Board of the Malta Development Corporation (1978-1980) and a number of other parastatal companies. He also served as director on the board of Mid-Med Bank Limited (now HSBC Bank Malta p.l.c.) and later on (1992-1995) of HSBC Bank Malta p.l.c. He is also executive director of SAK Limited (C3240), the franchisee and retailer of The Body Shop® products in Malta, as well as executive director of MML and a non-executive director of BNF Bank p.l.c. (C41030). 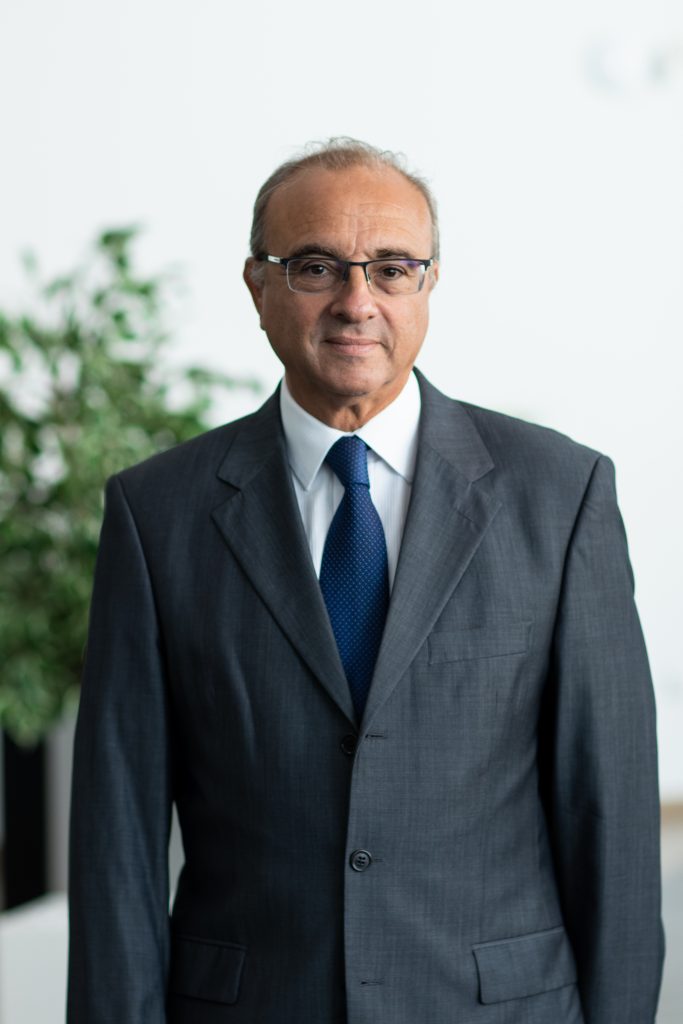 Mr Ian Mizzi was born in 1960 and attended St. Edward’s College and De La Salle College, Malta. He then furthered his studies at Luther College, Decorah, Iowa, USA where he majored in Business Administration and Computer Science. Subsequently, he obtained an MBA with distinction in e-business from the University of Grenoble in France. In the interim, he was responsible for the running of GSD until 1998, at which time he joined the MOL Corporate Office as an executive director. Ian has held various posts within the Malta Trade Fair Corporation including the presidency between 2002 and 2004, as well as posts within the Malta Federation of Industry, prior to its merger with the Malta Chamber of Commerce. In 2007, Ian Mizzi assumed managing directorships of IML and NMS and is also a member of the MOL board of directors. In 2008, Ian Mizzi was appointed non-resident Maltese Ambassador to the Kingdom of Morocco.

Ms Angele Calleja attended school at The Convent of the Sacred Heart, Malta. She then furthered her studies at the Institute Miramonte – Montreux, Switzerland. On finishing her studies, she joined the family business in the automotive division. Subsequently, she spent six years in Italy managing the franchise shop ‘The Body Shop’ in Como, Italy following which she took up the management position for running the head franchise outlet in Rome.

She has been actively involved in the Mizzi Organisation since the 90s’. She is a currently a member of the board of directors of MOL and is also a director of Titan, AML, Mizzi Estates and Maltco Lotteries Limited (C 32326). 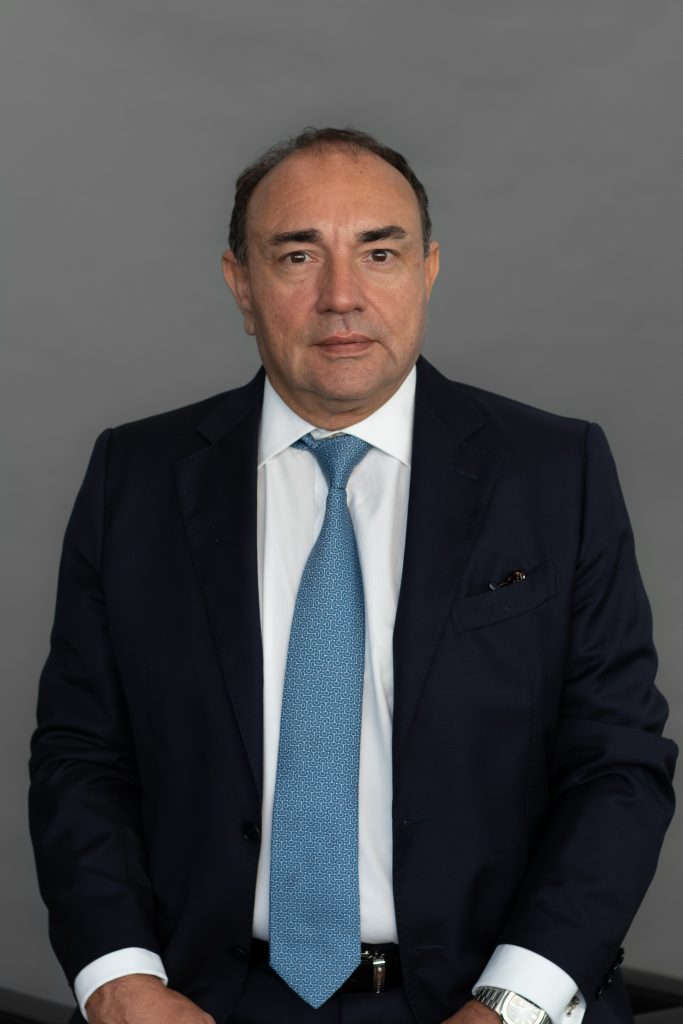 Mr Mizzi has been particularly active in the real estate sector since the 90s’and is currently the executive director of Mizzi Estates.

In 2010, he represented the MOL’s interest in the composition of a consortium that bid for the privatisation of the Malta Shipyards – a consortium that was later successful in acquiring the rights to operate the Manoel Island Yacht Yard. Mr Mizzi has an active role in the yard’s operations and is instrumental in setting out its strategic direction and developments both locally and abroad. He is also a member of the MOL board of directors. 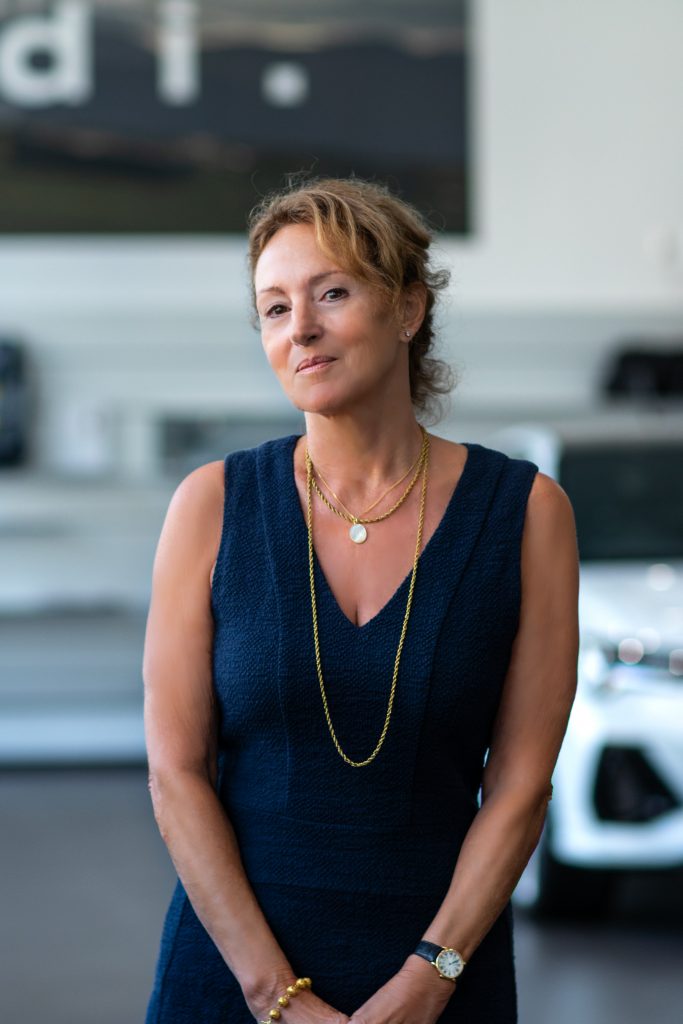 Ms Veronica Mizzi was born in 1952 and attended the Convent of the Sacred Heart, Malta. She then attended finishing school at St. Dorothy’s Convent in Fribourg, Switzerland where she studied French and secretarial studies. After she majored in French, she furthered her studies in the French, German and Italian languages in Switzerland and Germany. In 1983, Veronica Mizzi set up a The Body Shop® franchise in Como, Italy. She is currently a director on the MOL board of directors and an alternate director on the board of directors of Mizzi Estates. She also sits on various ‘ad hoc’ committees in connection with the Mizzi Organisation. Veronica is also on the fund­raising committee of Din I-Art Helwa, Malta. Born in 1978, Mr. Nicky Camilleri has been a Fellow of the Association of Certified Chartered Accountants and the Malta Institute of Accountants since 2004 and obtained the CPA Warrant in 2006. Mr Nicky Camilleri has held a number of senior finance positions both locally and overseas. He commenced his career as Financial Controller for Dhalia Real Estate in 2003, following which he re-located to Libya to act as chief financial officer of Palm City Residences (Member of Corinthia Group). In 2010, Nicky was appointed chief financial officer of Premier Capital p.l.c. (C 36522), the franchisor for Mc Donald’s in Malta, Baltics and Greece. 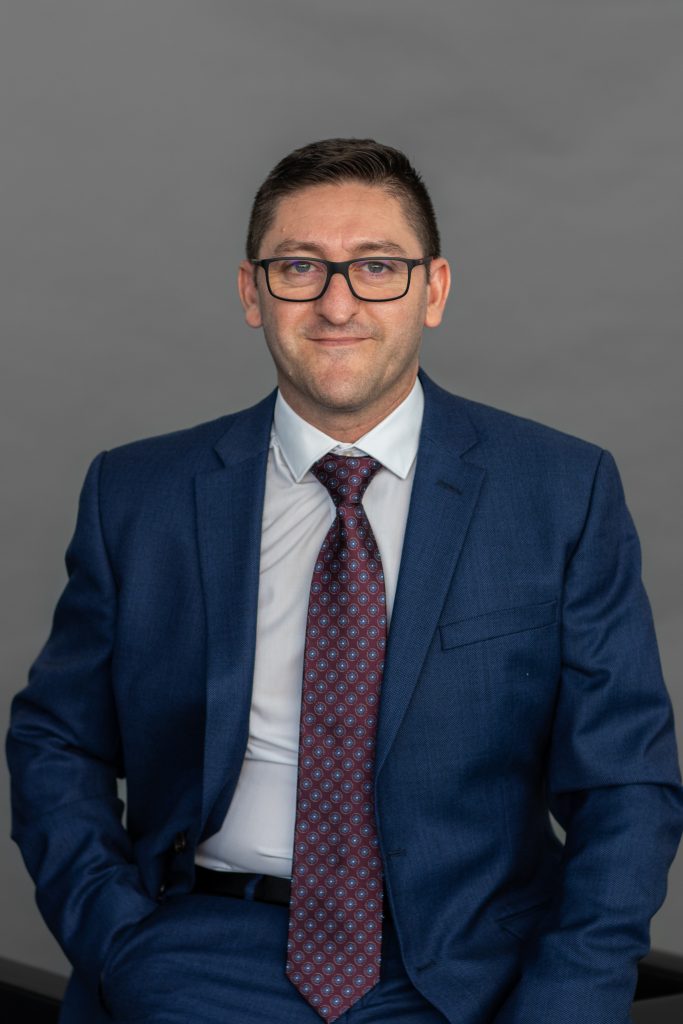 Kevin Caruana is a fellow member of the Malta Institute of Accountants and holds a Certified Public Accountant warrant. He joined one of the Mizzi Organisation subsidiaries; Festa Ltd (later Company renamed Mizzi Lease Ltd), way back in May 1992. He was promoted Accountant in 1995 taking full responsibilities for the financial aspects of 3 Mizzi Organisation subsidiaries operating in the tourism, leisure, and real estate sectors.

In 1997 he was appointed Accountant to form part of the Mizzi Organisation Head Office finance team and after having been involved in various finance related projects, was in 2001 promoted Asst. Group Chief Accountant. Soon after Kevin became the Accountant to Mr Maurice Mizzi – (the President of the Mizzi Organisation), entrusted with Mr Mizzi’s fully owned companies and personal financial affairs, a post he still serves to this present day.

Kevin continued to broaden his former line of studies and in 2007 attained a qualification in Strategic Sales and Sales Management from (ISMM) Wales, UK.

Following the completion of a restructuring plan for the Group’s Automotive Division, Kevin took up additional responsibilities within the Mizzi Head Office by acting as Asst. Head Corporate Services & Group Company Secretary, a post he occupied for well over 10 years.

He also participates as a member on various Committees set-up by the group. 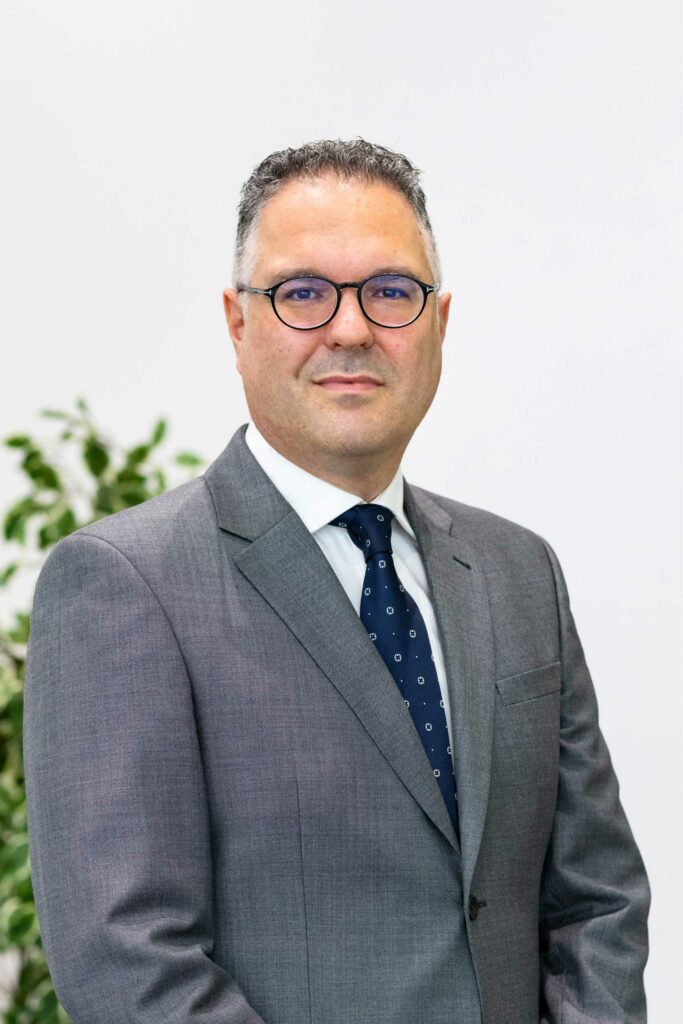 Mr Giancarlo Millo joined Mizzi Organisation in 2017 as Group Chief Internal Auditor, setting up from scratch a value adding internal audit and advisory function for the Group, which reports independently to the Board of Directors through the Audit Committee and liaises with the external auditors and regulators. In 2022, Giancarlo was also appointed as the Group’s Whistleblowing Reporting Officer (WRO) together with the Audit Committee Chairman.

He previously held the post of Deputy Group Head Internal Audit at FIMBank plc, also responsible for IT assurance and advisory services. This was preceded by management accounting and financial auditing positions with KPMG and Portman International respectively, thus achieving over 25 years’
accounting and auditing experience across various industries.

Presently Giancarlo is a Main Committee Member of the Malta Forum for Internal Auditors (MFIA) and is also a Past President of the ISACA Malta Chapter. He regularly delivers talks on internal audit subjects.

Be part of the Mizzi organisation.